April 18, 2011
Two weeks ago I traveled to Virginia to meet my mom and visit with some relatives.  It was a wonderful trip full of many memorable things-new and old.  I learned a lot our our nation's and my family's history.  I snapped a few pictures along on the journey and thought I'd share them with you.


BEDFORD, VA
The town where my grandmother (aka Mow-Mow, my mom's mom) was born and raised. 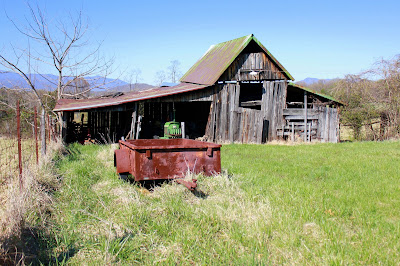 This is the old barn behind my great uncle's house.  The land and barn originally belonged to my great grandparents who had a home there. 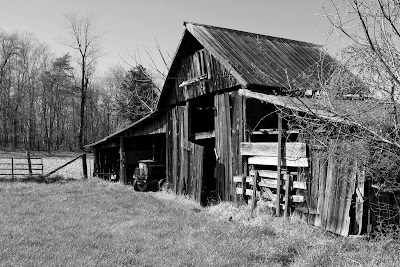 Another shot of the barn. 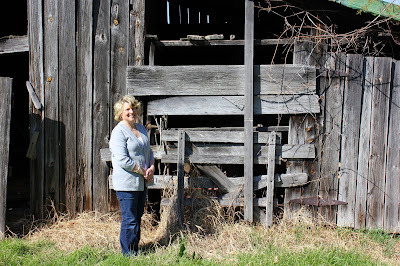 My mom told me that when she was a child, she and her brother were out back playing in the barn when they weren't supposed to be near the horses.  My great uncle pulled up to the house and someone saw him and yelled to run and when my mom tried to just down off of this barn gate, she ripped her pants.  So I made her stand by it and let me get a picture :) 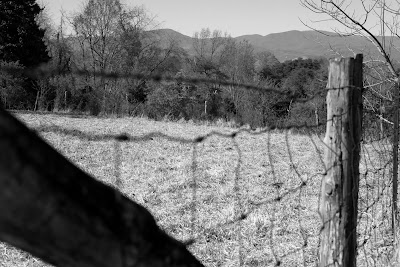 The Blue Ridge Mountains behind the property. 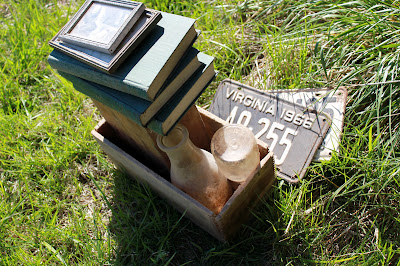 Some of our findings after looking through my great grandparents' barn.  Items found: framed photos, some old milk bottles, wooden boxes, books detailing my great grandmother's family history and some old license plates belonging to my great uncle.  Not pictured are some 1 gallon Ball canning jars.  I can't wait to clean those up and use them! 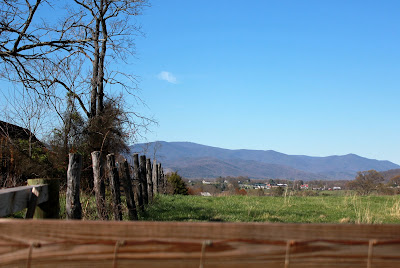 Another view of the mountains behind the property. 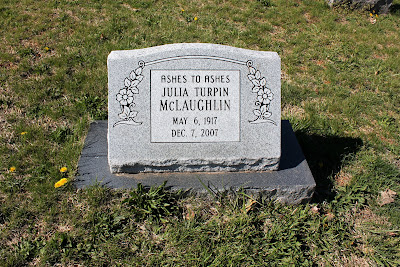 My grandmother's tombstone.  This was the first time for my mom and I got to see it because it wasn't ready on the day of her burial. 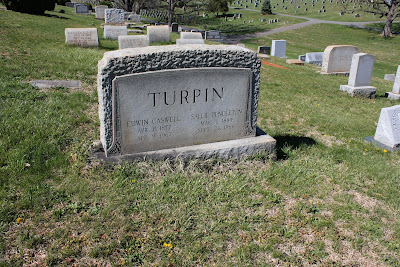 Mow-Mow was buried next to her parents :)  She was 90-years-old when she passed away and her father was nearly 91 (two days short) when he died.  Living to that age was pretty extraordinary for someone who was born in 1877!  He died less than seven months after my great grandmother who passed away after complications with a gallbladder surgery.  They both lived through so many monumental parts of history-the invention of the first automobile, the Great Depression, both World Wars...  In fact, I've been told that during the Great Depression, my great grandfather always had their home open to anyone who was struggling and needed food.  It's little stories like that that make me so proud of where I come from.
STAUNTON, VA
The town where my grandfather (my mom's dad) was born and raised. 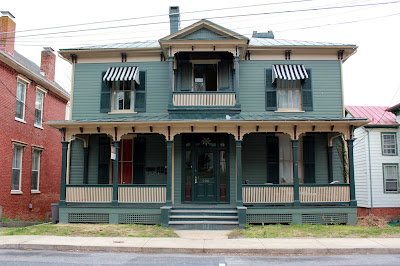 One of the houses my grandfather lived in as a young boy. 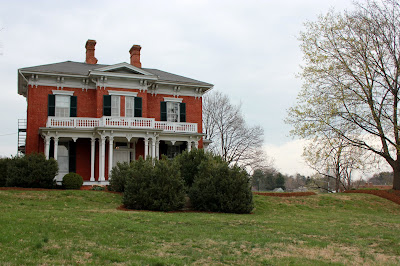 Another home he lived in growing up. 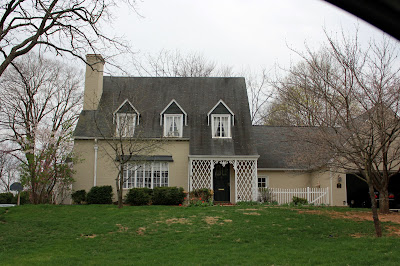 His home he purchased after he moved back to Virginia from New York when he retired.  I love the cottage style. 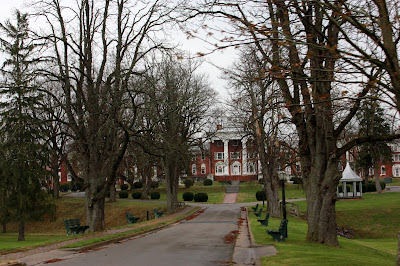 This is the facility previously known as the Western Lunatic Asylum, which first opened on July 24, 1828.  "The first patient was admitted the morning of July 24, 1828. He was a teacher whose diagnosis was "hard study." A second patient was admitted that afternoon from Goochland County, Virginia, but remained only a few months at the facility before he escaped. The first woman arrived on July 25, and was admitted with a diagnosis of "Religious Excitement."

Shortly after the facility opened, it was filled with patients and the Court of Directors implemented an admissions screening process to limit admissions to only those patients "who were either dangerous to society from their violence, or those who were offensive to its moral sense by their indecency and to those cases of derangement where there is reasonable ground to hope that the afflicted may be restored."
(source: http://www.wsh.dmhmrsas.virginia.gov/history.htm)

My grandfather said that when was a young boy, he could hear the patients screaming during summer night because of all of the windows to the facility would be open (obviously there was no air conditioning back then). 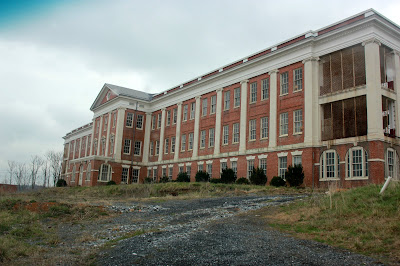 Here's a part of the facility that hasn't been renovated yet.  I can't even imagine what went on inside those walls. 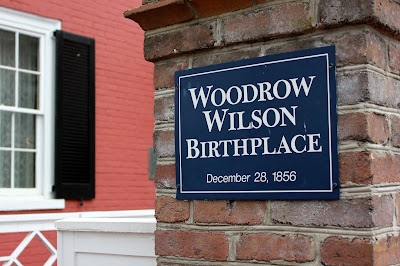 Yes, one of our nation's presidents was born in this house in Staunton, VA. 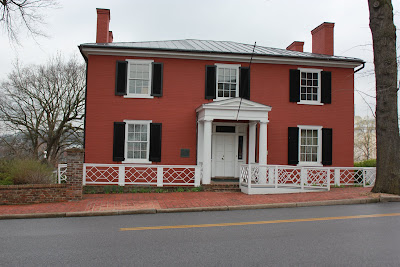 Here is the house and some history on it.  The Woodrow Wilson Birthplace is referred to as The Manse, which is the name of a Presbyterian minister's home. The Manse was constructed in 1846 by the Staunton First Presbyterian Church. It has twelve rooms with twelve fireplaces, and cost about $4,000 (equal to $97,452 today). The Wilson family moved into the house in 1855. At that time the family only consisted of his two parents, Jessie Woodrow Wilson and Joseph Ruggles Wilson, and their two daughters Marion and Annie, who were about four and two years old, respectively. Thomas Woodrow Wilson was born in what is now called the "birth room" on December 28, 1856.

The Wilsons left The Manse in early 1858 when Joseph Wilson accepted a call from a congregation in Augusta, Georgia. It was only after Woodrow Wilson's death that his widow, Edith Wilson, returned to Staunton with plans of creating a memorial. The house was restored to its 1850s look over the next 80 years, which included removing bathrooms, changing light fixtures, and stripping paint. (source: Wikipedia)


I'll post more on my trip to Virginia tomorrow--a wrap-up on Staunton, my dream house and our day trip to Fredericksburg.