November 10, 2010
Jon and I are leaving to spend a long weekend in San Antonio with his parents and his brother (who will be town from Arizona).  But before we go, I wanted to leave you with some pictures from the Officer Spouses Club Table Decorating Contest that was held last night.

I called Jon on my way home from base, and he immediately asked "How was the contest?" to which I responded "Victorious." The 32nd FTS, our squadron, took first place! The theme was Silver Screen so we decided to focus on famous quotes from each movie genre. Each place setting featured a different movie. 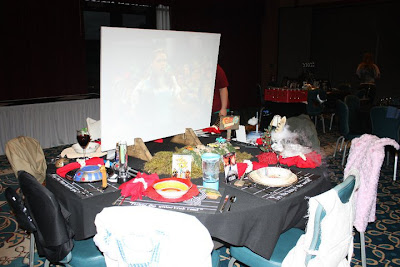 We had a "drive-in" for our center piece where clips of the famous quotes were shown. 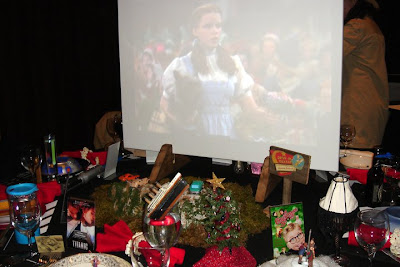 Welcome to the Jayhawk Drive-In! 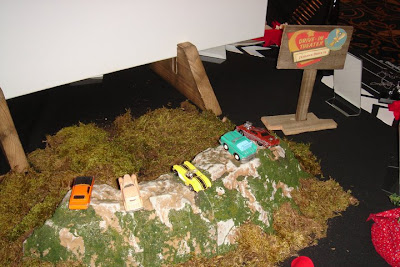 Wizard of Oz place setting. The glass had a button you could turn on to make the water swirl and look like a tornado inside. Also notice the witch's feet sticking out from under the plate :) 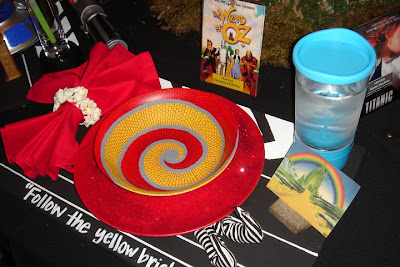 A close-up of the yellow brick road I painted. 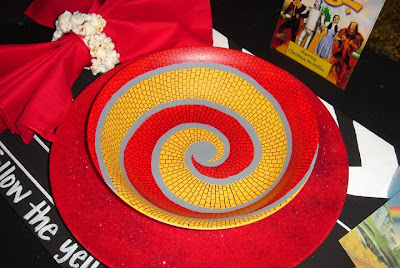 Silence of the Lambs place setting 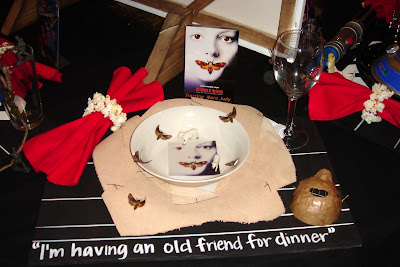 Toy Story place setting where we recreated Woody's hat out of the bowl and plate.  Check out the little army men climbing down from the glass. 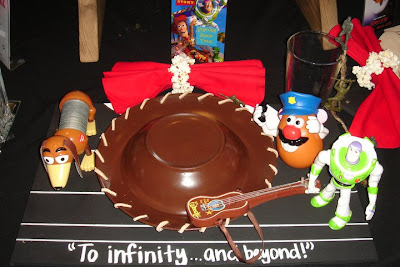 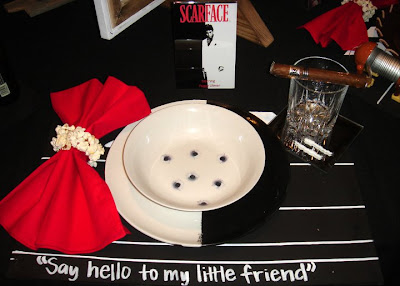 A Christmas Story place setting with the infamous leg lamp made out of a champagne glass. 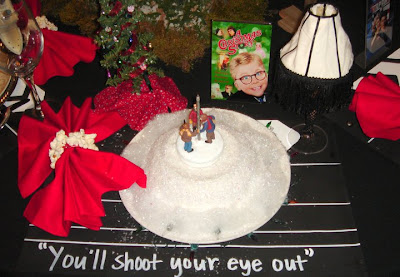 Close-up of the leg lamp 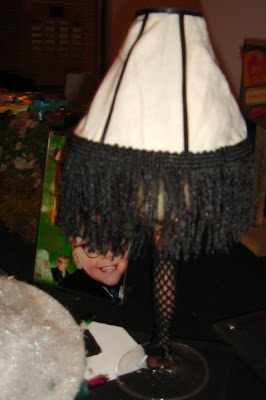 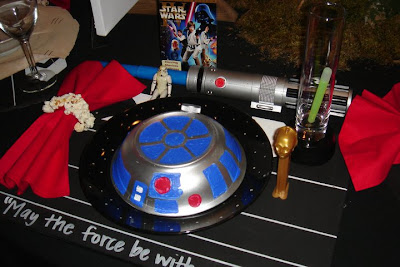 Top Gun place setting. Those planes were attached to a motor and flew around the plate. We used a lot of Jon's gear for this one since he's the lone Navy guy.  This was my seat at the table so my name was featured on the movie cover "Starring Mallory R." 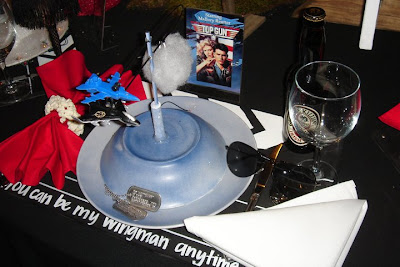 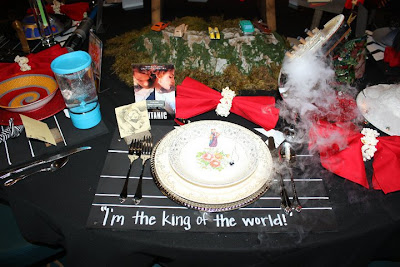 The next few images are of some of the other tables in the competition. 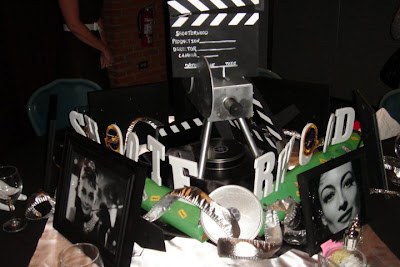 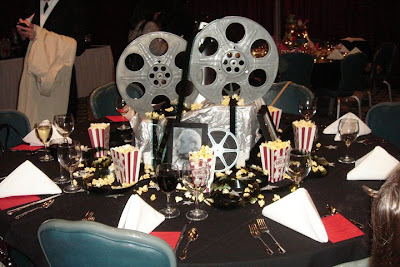 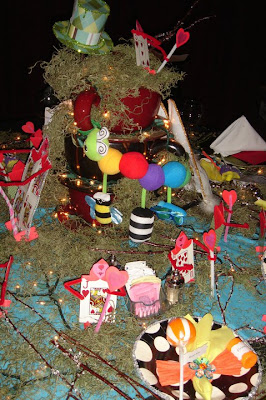 The gang minus Helen and Jessica who couldn't be there.  We had a great team and a great time! 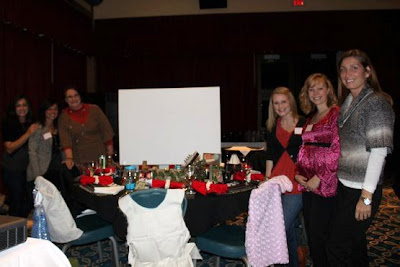