May 04, 2011
First and foremost I would like to wish my hubby a very happy birthday!
That's right.  Jon is the big 3-2 today, and it seems like yesterday we were just celebrating his 30th.  But you know what they say about time flying.
Speaking of time flying, look at this adorable picture of Jon when he was 100 days old.  Yes, they counted the days.  Apparently it's some Korean (Jon's half Korean) tradition.  I won't pretend to know the whole bit of it, but I will say he looks so darn cute in his get-up.  And is it just me or does he have a very similar look still to this day? 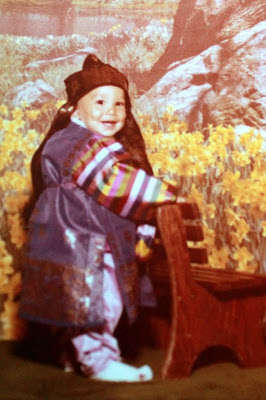 Total cutie.
Happy birthday, Jon!  I love you more and more every day!
So as not to bore you with anymore lovey-dovey talk about my Boo, I'll move on to another birthday-esque topic. Cake pops.  I told you I would be on a party kick for awhile.  Shall we?
I'm trying my hand at talking less and showing more when it comes to blog posts.  (We'll see how long it lasts).  With that being said, I'll simply say that I think cake pops are the new cupcakes and hope you enjoy these little delights I've found. 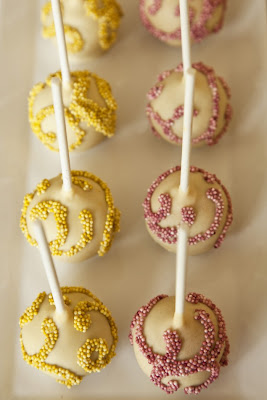 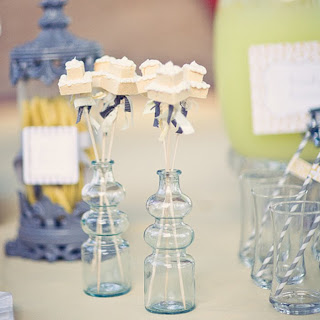 via My Little Jedi 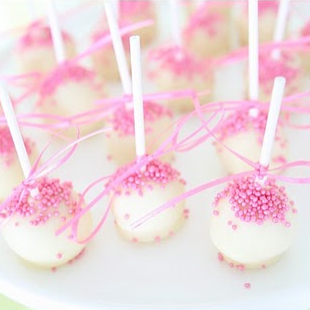 via Mrs. A in the Cove
These were actually made from Rice Krispies! 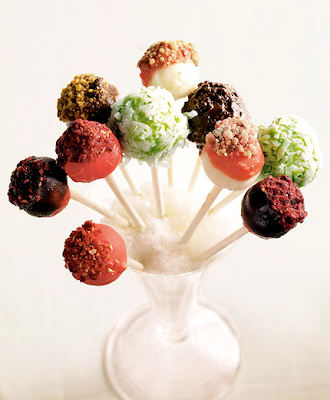