September 22, 2011
All of that fall front porch talk from yesterday got me thinking about giving an update to my mom's front door.  It wasn't horrible, but it definitely could use a little embellishment. 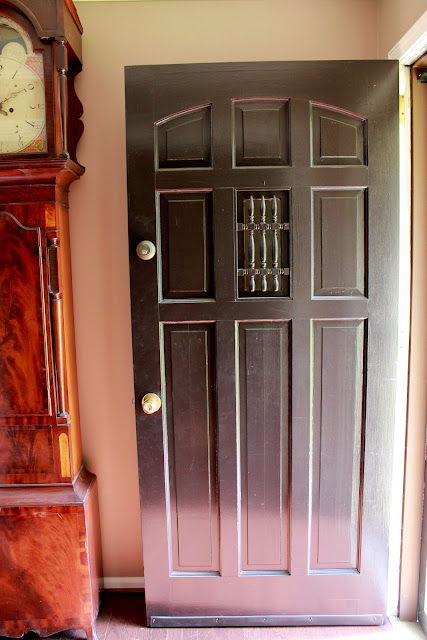 I knew my mom already owned a fall wreath she purchased last year so the first thing I did was bring it out of storage.  That in itself added little color and life to the door, but I still wasn't satisfied.

Then I remembered she had seen some house numbers that had been purchased for the mailbox but were never used.  Originally, I wanted to line them up horizontally across the door, but they ended up being too tall for the wood panel.  Since I didn't want to purchase anything new, I put my thinking cap on.  I began to wonder how they would look stacked vertically down the center panel.  I put them up there with 3M tape first so I could see the look before adding holes to the door.  This also allowed me to figure out the positioning I wanted.  Once I saw something I liked, I called Jon over to help me nail them in.  And in less than 5 minutes, a new door was born! 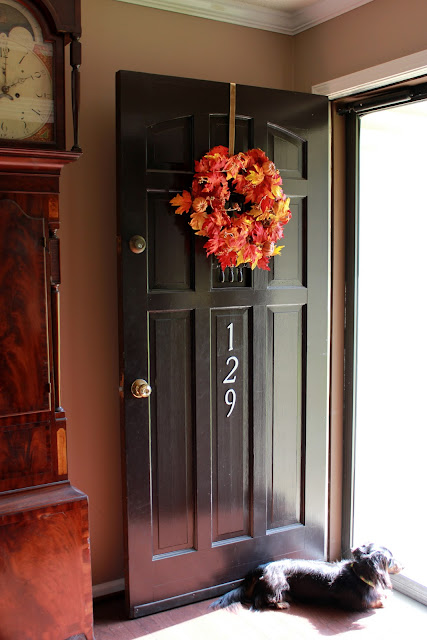 It seems Parker is a fan, and I love it too.  Especially since it was all FREE!

If you want to create a similar look, you can find these numbers for $1.47 at Lowe's!